September signals the start of fall and the start of a highly anticipated publishing season.  Big-name authors releasing sure-to-be bestsellers, a slew of celebs out with memoirs and a mix of titles that cover everything from cookbooks to mysteries. Looking for the best new books for September? Check out these upcoming September book releases. 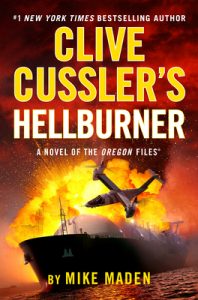 When Juan Cabrillo fails to capture the leader of Mexico’s most dangerous drug cartel and loses an Oregon crew member in the process, he’s determined to get revenge. Little does he know that the explosion he just narrowly escaped was merely the latest flash of violence from a machine of war that has existed for decades, dating from the bloodiest episode in Armenia’s history.

Cabrillo’s Corporation of mercenaries may have finally met its match in The Pipeline—a criminal syndicate passed down from father to son across generations. A group that sits with its finger on the trigger of a torpedo so deadly it could level entire cities. With millions of innocent civilians hanging in the balance, the Oregon’s crew must unravel a tangle of drug-smuggling routes and international conspiracies spanning from the Aegean Sea to the Indian Ocean, putting their lives on the line to find the weapon before its countdown hits zero.

“The Rising Tides” by Ann Cleeves

For fifty years a group of friends have been meeting regularly for reunions on Holy Island, celebrating the school trip where they met, and the friend that they lost to the rising causeway tide five years later. Now, when one of them is found hanged, Vera is called in. Learning that the dead man had recently been fired after misconduct allegations, Vera knows she must discover what the friends are hiding, and whether the events of many years before could have led to murder then, and now . . .

But with the tide rising, secrets long-hidden are finding their way to the surface, and Vera and the team may find themselves in more danger than they could have believed possible .

“Oath of Loyalty” by Vince Flynn

With President Anthony Cook convinced that Mitch Rapp poses a mortal threat to him, CIA Director Irene Kennedy is forced to construct a truce between the two men. The terms are simple: Rapp agrees to leave the country and stay in plain sight for as long as Cook controls the White House. In exchange, the administration agrees not to make any moves against him.

This fragile détente holds until Cook’s power-hungry security adviser convinces him that Rapp has no intention of honoring their agreement. In an effort to put him on the defensive, they leak the true identity of his partner, Claudia Gould. As Rapp races to neutralize the enemies organizing against her, he discovers that a new generation of assassins is on her trail. A killer known to intelligence agencies only as Legion.

The shadowy group has created a business model based on double-blind secrecy. Neither the killer nor the client knows the other’s identity. Because of this, Legion can’t be called off nor can they afford to fail. No matter how long it takes—weeks, months, years—they won’t stand down until their target is dead. Faced with the seemingly impossible task of finding and stopping Legion, Rapp and his people must close ranks against a world that has turned on them.

For as long as Lucia Gomez has been the police chief in the city of Highland Isle, near Kindle County, she has known that any woman in law enforcement must walk a precarious line between authority and camaraderie to gain respect.  She has maintained a spotless reputation—until now. Three male police officers have accused her of soliciting sex in exchange for promotions to higher ranks. With few people left who she can trust, Chief Gomez turns to an old friend, Rik Dudek, to act as her attorney in the federal grand jury investigation, insisting to Rik that the accusations against her are part of an ugly smear campaign designed to destroy her career and empower her enemies—both outside the police force and within..

Clarice “Pinky” Granum spent most of her youth experimenting with an impressive array of drugs and failing out of various professions, including the police academy. She finally has a respectable-enough job as a licensed P.I. working for Rik on his roster of mostly minor cases, like workman’s comp, DUIs and bar fights. But Rik and Pinky feel that Chief Gomez’s case, which has attracted national attention, is their chance to break into the legal big leagues. Guided by her gut instinct and razor-sharp investigative skills, Pinky dives headfirst into a twisted scandal that will draw her into the deepest recesses of the city’s criminal networks, as well as the human mind. But she will need every scrap of tenacity and courage to unravel the dark secrets those closest to her are determined to keep hidden.

Private Investigator Cassie Dewell’s business is thriving, and her latest case puts her on the hunt for a slippery con man who’s disappeared somewhere in the “treasure state”. A wealthy Florida widow has accused him of absconding with her fortune, and wants Cassie to find him and get it back. The trail takes Cassie to Anaconda, Montana, a quirky former copper mining town that’s the perfect place to reinvent yourself. As the case develops, Cassie begins to wonder if her client is telling her everything.

On top of that, Cassie is also working what’s easily one of her strangest assignments ever. A poem that promises buried treasure to one lucky adventurer has led to a cutthroat competition and five deaths among treasure-hunters. But Cassie’s client doesn’t want the treasure. Instead, he claims to be the one who hid the gold and wrote the poem. And he’s hired Cassie to try to find him. Between the two cases, Cassie has her hands full.

In Montana, a killer view can mean more than just the scenery, and Cassie knows much darker things hide behind the picturesque landscape of Big Sky Country. Treasure State, C. J. Box’s highly anticipated follow-up to The Bitterroots, is full of more twists and turns than the switchbacks through the Anaconda Range.

“The Winners” by Fredrik Backman

Two years have passed since the events that no one wants to think about. Everyone has tried to move on, but there’s something about this place that prevents it. The residents continue to grapple with life’s big questions: What is a family? What is a community? And what, if anything, are we willing to sacrifice in order to protect them?

So what are the residents of Beartown willing to sacrifice for their home?

All By My Shelves New DVDs in September