From Jack Reacher to the Dublin Murder Squad, there are many popular mystery and thriller series to get lost in. But there are also great examples of the genre that stand by themselves. For those of you in the mood for a one-and-done, here are some must-read standalone mysteries perfect for spending an autumn weekend with. 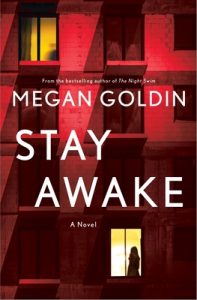 The Lost Man by Jane Harper

Two brothers meet in the remote Australian outback when the third brother is found dead. A powerful and brutal story of suspense set against a formidable landscape, The Lost Man confirms Jane Harper is one of the best new voices in writing today.

From the bestselling and award-winning author comes a wickedly clever and fast-paced novel of greed, revenge, obsession–and quite possibly the perfect murder.

My Sister, the Serial Killer by Oyinkan Braithwaite

My Sister, the Serial Killer is a blackly comic novel about how blood is thicker – and more difficult to get out of the carpet – than water…

The Last Housewife by Ashley Winstead

From the author of the acclaimed In My Dreams I Hold a Knife comes a pitch-black thriller about a woman determined to destroy a powerful cult and avenge the deaths of the women taken in by it, no matter the cost.

The Devil Takes You Home by Gabino Iglesias

From Bram Stoker, Anthony, and Locus award-nominated author, Gabino Iglesias, comes a genre-defying thriller about a father desperate to salvage what’s left of his family, even if it means a descent into violence–both supernatural and of our own terrifying world.